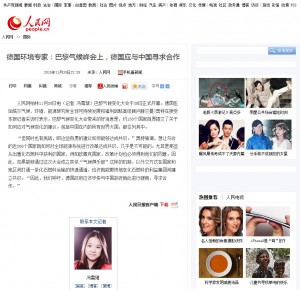 The world is looking at Paris these days because of the Islamic terror attacks. Also climate change is about preventing terror and mass migration. But can the Paris conference deliver and lead the world on a safe path?

The good news: About 150 countries have submitted proposals on how to tackle climate change. This is great because it includes all great emitters, PR China among them. The bad news: All these proposals are voluntary and may not even be thoroughly reviewed.

The reason: It appears to be impossible to transform our global energy system by consensus of almost 200 countries. Especially because the countries who profit from selling fossil fuels, like the OPEC countries, must give their consent.

The solution: A diplomatic initiative for a second track, a fast track climate club, where countries (and regions like Chinese provinces) that see the benefits of making economies fossil free move faster than the rest. This would provide a ray of hope. The German Government is called upon to act – maybe with the PR China?”

published in China Daily on 30th of November 2015 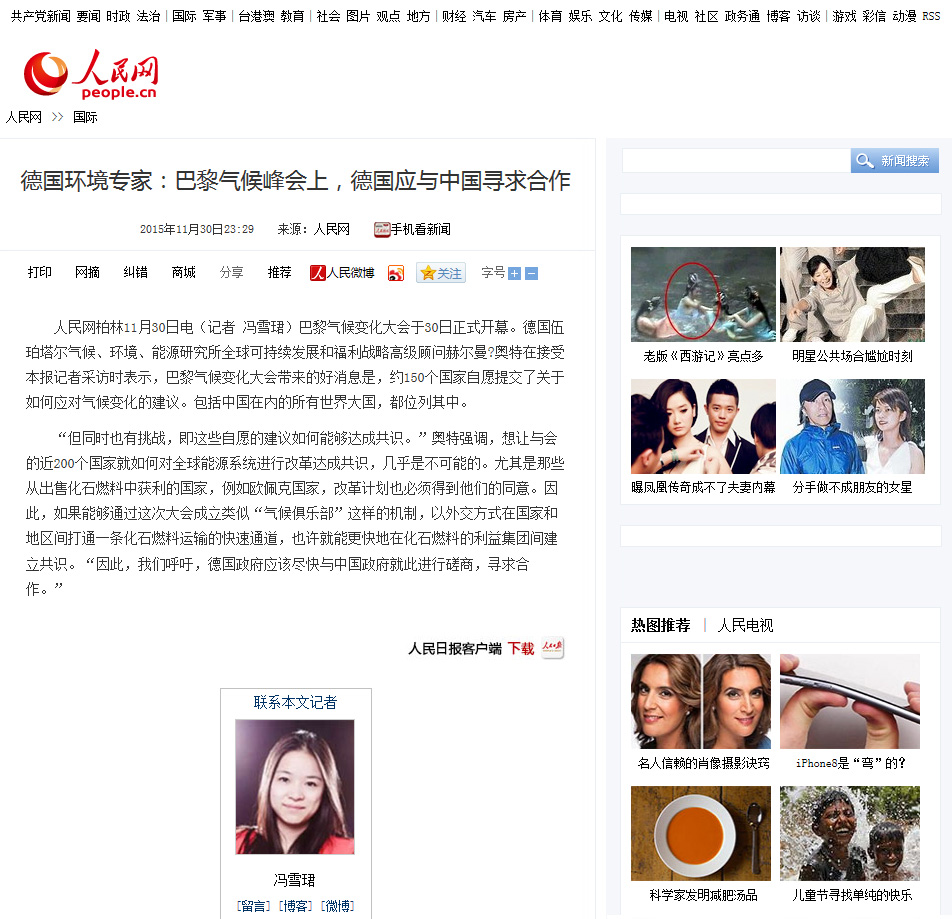