COP23 Analysis: The Calm Before the Storm

From 6th to 17th November 2017, the 23rd Conference of the Parties (COP23) to the United Nations Framework Convention on Climate Change (UNFCCC) was held in Bonn under the presidency of Fiji. Hermann Ott and collegues from the Wuppertal Institute who attended the conference have now published an in-depth analysis of the key results of the conference.

“The report starts by discussing developments regarding the implementation of the Paris Agreement, in particular the negotiations on the detailed ‘rulebook’ for implementing the Agreement. Other key issues addressed at the conference were the support for countries of the Global South in dealing with the effects of climate change (adaptation and climate finance) and preparation of the first global review of climate action that will take place in December this year. In addition, the report discusses recent developments in the wider world that have an impact on the UNFCCC, in particular the rise of pioneer alliances at the intergovernmental and civil society level.
Although some progress was achieved regarding the rulebook for implementation of the Paris Agreement, no real breakthrough was made. Therefore, quite some diplomatic work and political leadership will be needed this year to make the adoption of the rulebook at COP24 in Katowice (Poland) possible. This will require quite some tailwind from civil society and the media.

The authors of the report emphasise that the full calendar of climate diplomacy over the next years will hopefully contribute to keeping climate protection in the news and high on the political agenda. They conclude that for the success of COP24 in Katowice in December this year, it will be essential that all countries rediscover the central message of the Paris Agreement: that in the face of the coming storms on a finite planet, we are all in the same boat.

“The Calm Before the Storm” can be downloaded by clicking on the image below.
It will be published soon by Lawtext Publishers 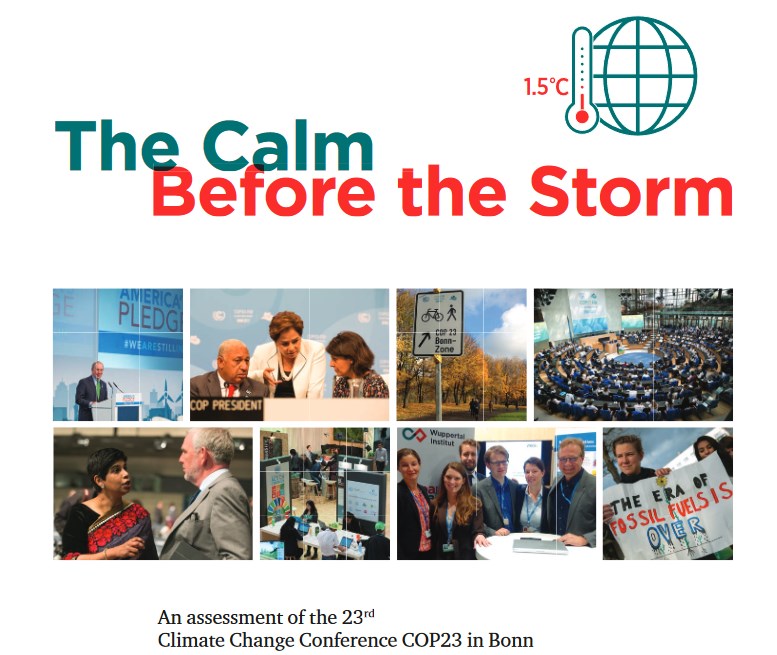 to open the pdf-file please click on the image 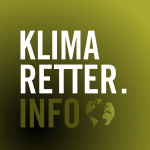